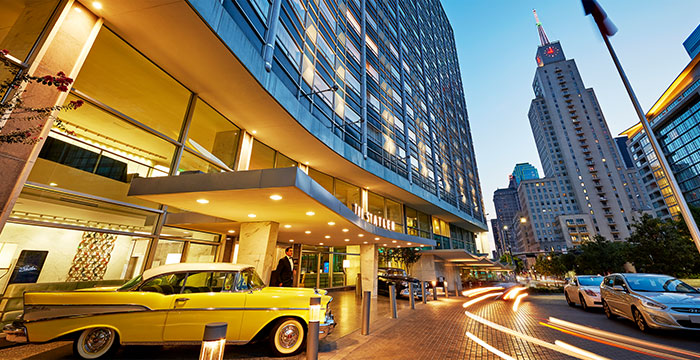 The Statler Renovation and Grand Opening

The Statler reached out to MCA Group in 2014 to handle all public relations efforts during the historic hotel’s renovation and opening. Originally opened in 1956 and closed for nearly 20 years, The Statler – an iconic hotel full of star-studded history – was given new life when it reopened to the public under new ownership in October 2017.  In February 2018, The Statler celebrated its grand opening in a weeklong celebration managed & planned by MCA.

MCA Group planned a thorough PR program upon partnering, including ongoing media relations, influencer engagement, special events and more leading up to the hotel’s opening in October 2017. Through press releases and targeted pitches, MCA was able to secure lifestyle TV segments, business and travel stories, blog features and much more. In early February 2018, MCA was told that a grand opening celebration was to take place in 3 weeks, so MCA rolled up their sleeves and got to work – planning five days of over-the-top events open to the public, complete with unique themes, live entertainment and performers, and more. The weeklong celebration came to an end with a Friday night private concert and dinner, managed by MCA,  featuring Tony Bennett that drew nearly 1,000 guests.